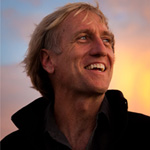 Roger has directed hundreds of commercials for brands including Budweiser, Major League Baseball, Foot Locker, and Mike’s Hard Lemonade.  Fascinated by the technical aspect of filmmaking and his skill as a formation pilot, Roger became the primary cinematographer on Jet based Astrovision, Vectorvision and Shot Over aerial photography systems.  Since specializing in creating aviation content, Roger’s client highlights include Alaska Airlines, United and Southwest Airlines. Manufacturers include Gulfstream, Textron and Mitsubishi. K2, aka Kevin LaRosa II is a second generation motion picture aerial coordinator and pilot.  In fact, he’s the youngest in the business, but with more experience than his years would indicate.  He flies camera platforms ranging from L39, Learjet and Phenom jets to helicopters.  His most recent motion picture credit is aerial coordinator and pilot on the upcoming Top Gun “Maverick.” 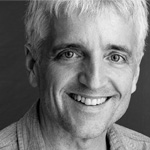 Crafting advertisements for global brands over the last three decades Tom is a market-savvy, forward-thinking Producer with a dynamic record of successfully spearheading national and international productions. A team builder, he is intrigued by new technology and seeks innovative ways to enhance every element of a particular project. His attention to detail reinforces the creative approach. His work has helped to garner awards and industry accolades for Honda, L’Oreal, Nike, Mountain Dew and Budweiser. Given the chance, he also makes a hell of a martini.